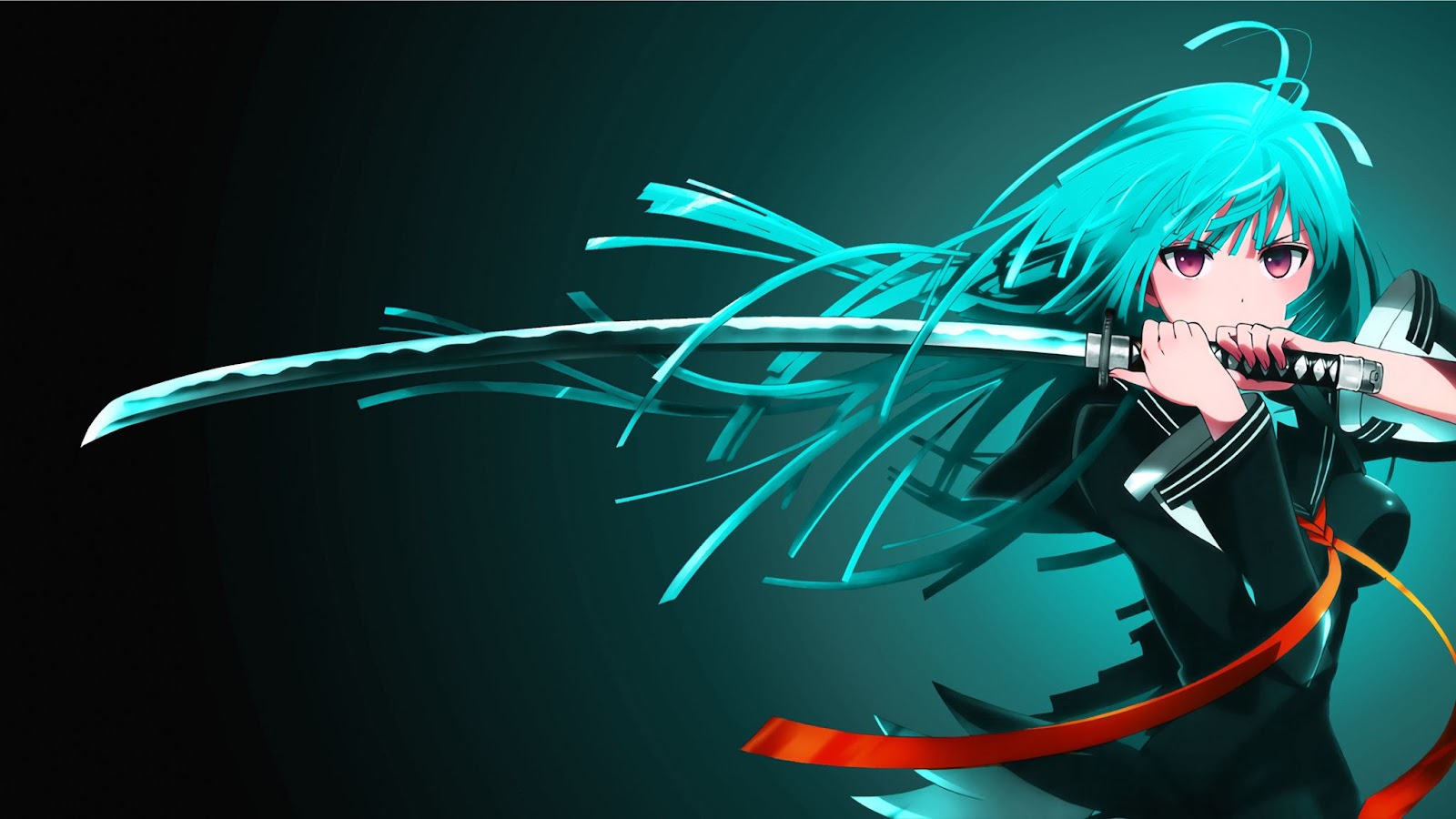 Best anime shows of all time!

Anime is one of the most adored types of shows around the world. These are Japanese cartoons created in their distinct art style with unique archetypal storylines, characters and so on. This can cater to all types of age groups.

Some animes are created for kids while others are made for adults but either way, they’re both loved that same! And, as a result of its success, more anime series are being produced than ever before, and you’ll be able to find them wherever you go from cable, the internet to DVDs and so on.

But with so many options to watch, it might be hard to pick one out. To narrow it down for you, IroWall has created a list of all the best animes of all time so whatever you’re going to watch among the list, you’re guaranteed to enjoy it! Check all the great shows below:

Demon Slayer is one of the most popular anime to watch today. This was initially released in 2019 and has gotten support and love ever since then. This started out as a manga written by Koyoharu Gotoge and now has tons of available seasons online where you can even opt to watch this on NetFlix. The first season consists of 26 episodes, which drew in both old and new fans alike.

The show’s setting was around the Taisho period that ranged from 1912 to 1966. In the show, people and demons exist in the same world and the show revolves around the main character Tanjiro Kamado whose family was killed by demons but only his sister, Nezuko lived but got infected.

This is where his journey begins, by learning how to be a demon slayer to save his sister from turning into a demon. You’ll go on a rollercoaster of emotions with this one! So if you’re looking for a great anime that’s both heartbreaking and thrilling, try this one out!

Naruto is one of the most famous anime of all time and is about a young ninja named Naruto. Every season you’ll be met with more and more information about his and other characters’ pasts answering dying questions such as what happened to Naruto’s parents, Sasuke’s clan and so on.

Naruto was initially aired in 2002 and ended in 2007 then right after Naruto Shippuden was created. This aired from 2007 to 2017. This series is light and joyful but at the same time also heart wrenching but one thing’s for sure, you won’t regret joining Naruto on his fantastic journeys filled with missions, battles, new enemies, new friends and so on!

One piece is one of the most popular ongoing anime series of all time! This started back in 1997 and is still standing strong up to this day! This is about a young boy named Luffy who wants to become the pirate king. He then assembles his crew and gets a ship to venture into the treacherous seas. You’ll be met with tons of great adventures, battles and characters from allies and enemies alike! So if you’re interested in watching One Piece better start today since this is also one of the longest anime of all time.

Another popularly known anime is Jojo’s Bizarre Adventure. This was initially published back in 1987 and consists of 8 parts. The show is mainly about the Joestar family so depending on the story and episodes the main characters may vary. This show will contain all their mysterious and thrilling adventures and missions plus you’ll be met with tons of battle scenes. So if you like mystery and thrill try Jojo’s Bizarre Adventure out!

Pokemon is one of the best and most popular anime that caters to all age groups! This was even aired on Cartoon Network years ago. In the show, people and pokemon live in the same world. Pokemon act as powerful animals each with their own strengths and weaknesses, personality, abilities, specialities and even evolution.

This show revolves around a young boy named Ash Ketchum who wants to become a pokemon master and spends all his day training, saving and catching pokemon. so you’ll be met with tons of great adventures, battles and victories. He’s accompanied by his trusty friends Misty, Brock of course his Pikachu. This is a light and refreshing show to watch and is great for anime beginners.

Death Note is also one of the names that’ll come up when talking about great anime. This is more of the edgy and horror side of anime that gives viewers the thrill of their lives. This story is about Light Yagami who finds a black notebook with writings on the front that read ‘Death Note’ and every name written on that notebook dies.

This anime was one of the most popular not only because of its fantastic narrative and characters but also because of its brief duration with only 37 episodes. So if you’re looking for something great and short try this one out!

Dragon ball is a popular anime series that caters to all age groups and is one of the best action anime around and is centred on the life of Goku. This is a great anime filled with tons of fight scenes, light and refreshing humour and is also recommended for beginners. So if you like powers, extreme fights and so on, try this one out!

Another great anime to consider watching is Fullmetal Alchemist. This is a dive into the sci-fi realm of anime and is great for both beginners and anime veterans. You’re bound to be at the edge of your seats when watching this show’s climax scenes that are filled with mind-boggling happenings about two brothers Edward and Alphonse. The story takes a turn when they sacrifice part of their body to bring back the dead.

Attack on Titan is undoubtedly one of the rookie anime series of all time, having only been published in 2013 but has already reached high popularity around the world. This show is about humans and titans living in one world together. Humans in the show strive to fight against the treacherous titans. This is a great anime for both beginners and anime veterans that’ll most likely get you addicted! So try Attack on Titans out!

Detective Conan is a fantastic ongoing anime that circles the main character Shinichi Kudo, a high school investigator who gets changed into a child by the poison APTX-4869 and goes undercover by adopting the alias of Conan Edogawa to conceal his actual identity from his rival, the Black Organization. This is a thrilling and exciting series to consider that is perfect for all ages!

If you’re someone who likes dark fantasy then you might like Tokyo Ghoul. The anime centres on the concept of Ghouls who appear to look like normal humans and live in human civilization. What makes this story thrilling is that the ghouls, on the other hand, eat human flesh. This is a great pick if you’re looking for something thrilling and intriguing, so try this out! Who knows it could be your next favourite anime!

Another fantastic anime to check out is Jujitsu Kaisen. This is not only popular for its anime adaptation but also its manga version! Its first season was released in 2020 and holds about 14 episodes and as 2021 is about to end, they announced dropping its first movie called Jujitsu Kaisin o.

My Hero Academia is an ongoing series that’s deemed to be popular around the world. This is about a young boy named Izuku Midoriya who goes to hero school. In the duration of each season, you’re bound to stumble across fight scenes with villains, light and refreshing humour and amazing characters each with their quirk, ability and strength. If you’re looking for a great anime to watch with friends and family, consider this one!

Cowboy Bebop was initially aired in 1998 and in one year had released 26 episodes. This is another popular anime that is recommended by many. This is about a bounty hunter named Spike Spiegel and his partner Jet Black. Both of them chase after criminals in the setting of 2071 in space. This is a great series to get into and is also recommended for both beginners and anime veterans!

Laid-Back Camp is perfect for anime veterans. This is a modern anime that’s highly popular in today’s time and it focuses on Rin and Nadeshiko following 3 other high school girls. They set off on a trip to camp in Mt. Fuji that shows real beautiful places in Japan. This is a great and relaxing series to watch. This isn’t either thrilling or scary. This is great to watch when distressing from school or work and is filled with realistic and comedic happenings!